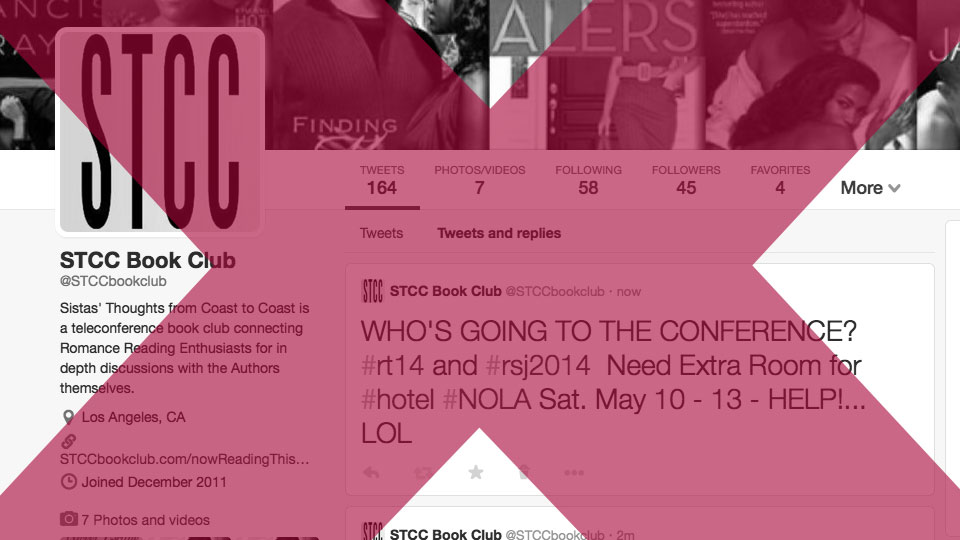 Well, if you’re not a big fan of anyone “moving your cheese”, then you’re not gonna like this Twitter New Look… lol.  This April the Twitter new look started rolling out to various user profiles.  If you haven’t been included yet, your turn is a’comin.

It resembles facebook profile cover pages but in an even bigger in your face way… whoa!  Your Graphic Designer will probably have to go in and make some adjustments to your profile images so they are not so in your face big or then again…. maybe not; [See the STCC Twitter new look below].  It fell into the rollover and the images that were inside the old profile look, got automatically adjusted; did not fit well and STCC had to upload a new cover page. 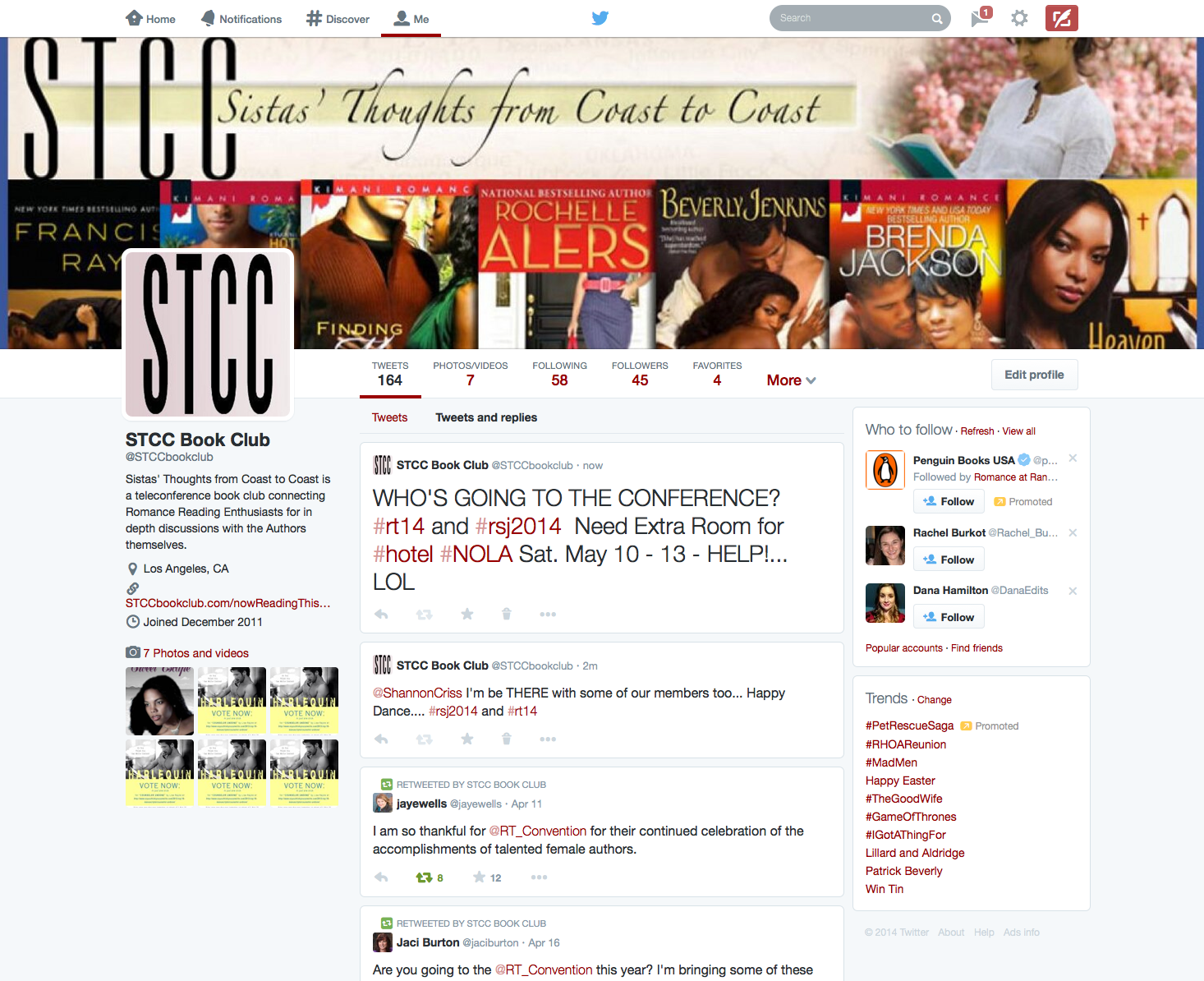 When compared to the old look of Twitter – [See Below].  I think business makers are actually going to adjust to the Twitter new look in a seamless way.  I think they’ll appreciate the large Cover profile area to promote their specials and their brand.  What I like most about the Twitter new look is the size of the last tweet or featured tweet.  It stands out in bigger font than any previous tweets and says, “Hey … Right here… Look at me!”  And did I mention the option to pin a tweet to the top. 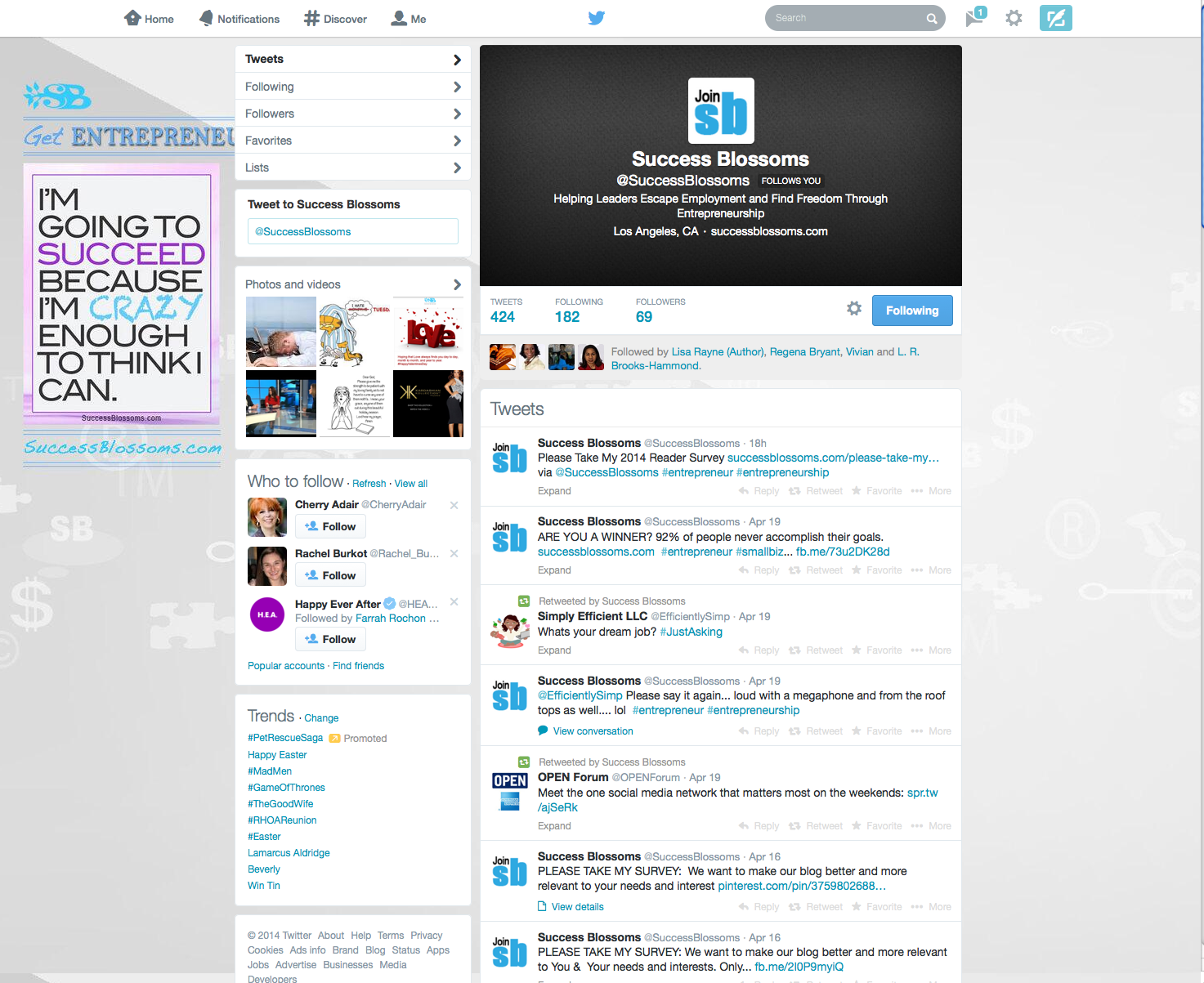 HEADS-UP:  Please Take my Entrepreneur Reader Survey.  It will help you get the most useful information from our blog. 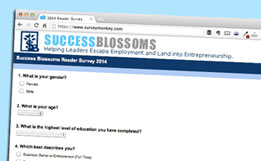 What I learned as a Startup Entrepreneur
November 8, 2015

The future of WordPress help for entrepreneurs + ecommerce
September 2, 2015

Business Ethics and the Death of Yours, The Entrepreneur
June 3, 2015